Our experts will reply you very soon.

Places To Cover When Booking A Kolkata Car Tour Package 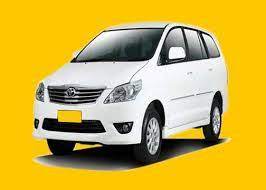 Kolkata, the capital city of India during the British rule, is known as one of the most colorful and culturally rich city in India. Every year, hundreds and thousands of travelers reach Kolkata to explore its vibrant culture that are infused with a colonial past. Whether we talk about its streets for food, its local markets, its colonial monuments, its architect, or anything else, the city is lined with so many places to visit that you would certainly need a personal car to travel the city and enjoy the charm of the city to the fullest. But since you are a traveler, having one’s own car could be an issue. But fret not, this can be solved by taking Kolkata car tour package services. They offer you cars, tempo travelers, premium cars, sedans, SUVs, and all else at a budget price and enable you to explore the city to the fullest.

Now that the issue of your commute is resolved, let’s again move to the places you can visit when you have booked Kolkata car tour package services. So let’s have a look.

One of the most spectacular places to visit in Kolkata is none other than the Howrah Bridge. This bridge started operating for the general traffic in 1943 and was earlier known as the Rabindra Setu. This bridge is over the Hoogly Rover and connect the capital city of Kolkata with its nearby city Howrah. The most fascinating things about the Howrah Bridge is that it is built on a single span and there is not even a single pylons supporting it. This is one of the largest bridges built in this manner and people flock around it to view its grandiose and enjoy some authentic Kolkata street food around it.

If US has the White House, we have the Victoria Memorial in Kolkata. If you are planning to take Kolkata car tour package services, we would definitely recommend you to drive to the Victoria Memorial. It is a reflection of the colonial past of Kolkata and was named after the Queen of England, Queen Victoria. Tourists love to explore the sculptures and paintings in this building that highlights the 300-years of British Raj.

For the devotees of Maa Kali, the Dakshineshwar Kali Temple is one of the holiest places to visit in Kolkata during a car tour. It is located on the Eastern banks of the Hoogly river and many tourists plan their visit to Howrah Bridge along with this temple. It was built by Rani Rashmoni in the year 1855 and serves as a major attraction for all the tourists that want to seek the blessings of Maa Kali.

The next tourist attraction that you can visit when you are taking a Kolkata car tour package service is the Belur Math. If you are coming to Dakshineshwar Kali Temple, all you need to do is take a boat and after a 20 mins ride, you can reach the holy place of Belur Math.

This entry was posted on May, 29, 2021 at 11 : 04 am and is filed under Car Rental Service. You can follow any responses to this entry through the RSS 2.0 feed. You can leave a response from your own site.